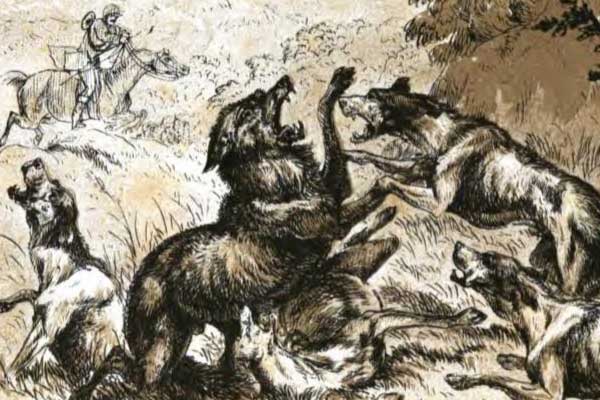 “The Department of Natural Resources will present a wolf hunting rule next week that is little changed from the version that drew a lawsuit and temporary injunction this fall. The rule, detailed in a draft known as a "Green Sheet," would spell out several minor regulations on the training of dogs for wolf hunting, the most controversial part of the Wisconsin wolf hunting and trapping law.”

Hunting wolves with dogs passed the Wisconsin Legislature and the Governor signed what is known as Act 169 this past April. Wisconsin is currently the only state to authorize the use of dogs while hunting wolves. The “permanent” rule to be presented to the Natural Resource Board on Wednesday in Madison will outline key rules and regulations.

The rule will limit the number of dogs used for hunting or training on wolves to six. Dogs will also be required to have a collar and/or a tattoo with contact information. Finally, training of dogs for wolf hunting will only be allowed during normal hunting hours and the day after gun deer season through the end of March. Those who choose to train their dogs to hunt wolves will not be required to have a license to train on free-roaming wolves and dogs will not have to be on a leash.