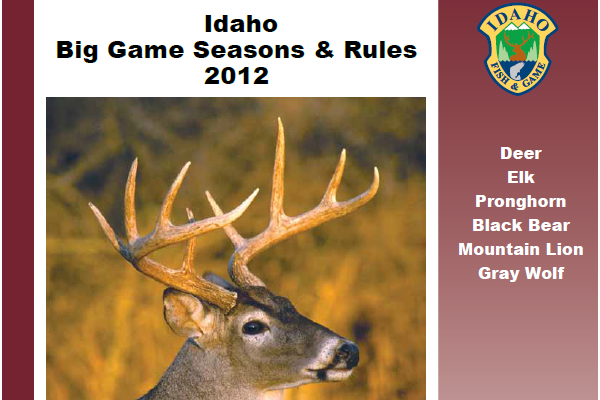 The 2011-2012 wolf hunting season in Idaho has officially come to an end. Hunters took a total of 255 wolves while trappers took 124. The season may have officially ended, but according to Idaho Fish and Game, the 2012-2013 seasons opened July 1st on private lands in the Panhandle zone. All hunters who wish to take a wolf in this zone must have the permission of the land owner to hunt on that plot of land. Idaho hunters will be allowed 5 tags with no harvest limits in this region.

Statewide, wolf season re-opens August 30th and the trapping season will open November 15th in six wolf zones. Residents may purchase a wolf tag for $11.50 and nonresidents for $31.75. Like hunting licenses wolf tags are valid for a calendar year only. Trappers may purchase a license and tag that is valid from July 1st until June 30th the following year.

New wolf hunting and trapping seasons and rules are posted on the Idaho Fish and Game Website, and are available on pages 66 through 69 in the 2012-2013 Big Game Seasons and Rules brochure.