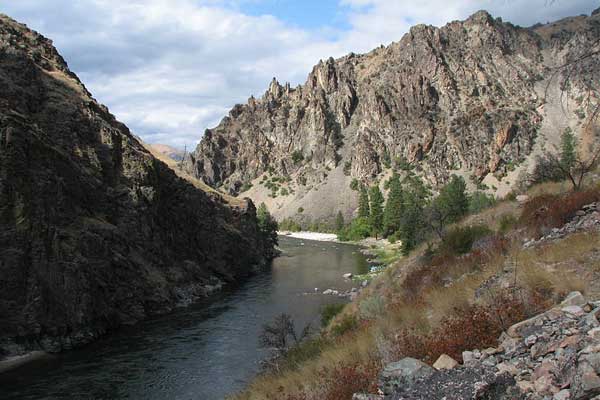 Idaho Fish and Game officials have announced that they are halting the back country hunting of wolves in the Frank Church River of No Return Wilderness. The original plan was to keep professional hunter Gus Thoreson, from Salmon, ID, in the wilderness through April to cull wolves in the area. To date, Mr. Thoreson has killed 9 wolves in the backcountry.

The Frank Church River of No Return Wilderness is a difficult area to get into for many wolf hunters. The objective behind hiring a professional hunter to stay through the winter was to assist with an elk recovery effort in the area. The Fish and Game department also offered extra tags for black bear and mountain lion in the area to curb the predator population.

“Fish and Game Director Virgil Moore's acknowledgement that Thoreson's hunt relied on the use of the U.S. Forest Service's backcountry airstrips and cabin had prompted strong emotions, including from wolf advocates who sued in federal court to force him to quit. Though they lost their initial bid to immediately stop his activities, foes of the hunt had appealed, arguing that Thoreson's activities violated the 1964 Wilderness Act and other federal acts.

"We remain committed to working with Idahoans to ensure that both wolves and healthy elk populations remain part of the wilderness," Moore said in a statement. "This action was an important step toward achieving our goal of stabilizing the Middle Fork elk population."

Moore said the agency would begin posting on its website all its future efforts to bolster elk in the region around the Middle Fork of the Salmon River starting in mid-February. He didn't give a reason for pulling the plug on Thoreson's bid to kill wolves that made up the Golden Creek and Monumental Creek wolf packs.

Wolf advocates initially lost their bid for a federal court judge to force Thoreson to quit hunting wolves from his base on U.S. Forest Service territory. On Monday, however, they said their continued pressure in the 9th Circuit Court of Appeals helped convince Fish and Game officials to end the hunt.

"They had planned to stay there through April," said Suzanne Stone of the group Defenders of Wildlife in Boise. "I hope that they don't target wolves in the wilderness again. There's huge respect for wilderness in this state. This is one of the only places where wildlife can run free, can actually achieve more of a natural balance." (MILLER, 2014)