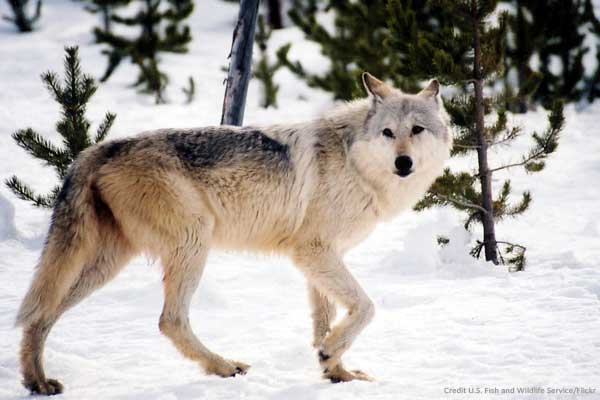 Michigan is set to open its very first wolf hunting season November 15th. Michigan will become the sixth state to allow the hunting of wolves. Wolf hunting in neighboring states of Minnesota and Wisconsin is well underway and hunters are seeing great success.

The topic of wolf hunting has seen much debate and concern on both sides of the argument and continues to rage on across the country. According to the Michigan Department of Natural Resources, there is an estimated 658 wolves in the Upper Peninsula. This number is well above the recovery goal that required a population of 200 or more animals for five consecutive years ("Michigan Wolf Digest," 2013). Advocates for hunting point out that wolves are healthy and thriving in Michigan, and now require a hunting season to keep the balance between predator and prey in check. Hunters have faced decreasing big game populations in many areas where wolf packs now roam. Advocates also point to the rise in wolf conflicts with domesticated animals. While there are measures that can be taken to attempt to deter wolves from attacking livestock and other domestic animals, confrontation is inevitable as deer and other prey populations decrease.

Those against the upcoming wolf hunt believe that current numbers do not call for a hunting season. They fear that with hunting, wolf numbers will be depleted beyond safe levels and will essentially reverse the reintroduction process. Advocates against the hunting of wolves often say that the attacks that happen on livestock can be stopped with simple, nonlethal methods of determent, like fencing, putting animals in a secure shelter at night, or even adding a donkey to the livestock. They also point out that wolves are a necessary part of the ecosystem and are only trying to survive and thrive.

Each side of the wolf hunting debate presents arguements and support for their beliefs. As the wolf hunting season draws near in Michigan and continues across the United States, those for and against the hunting of wolves must remember to respect each side of the debate and acknowledge that every person is entitled to their own opinion.

The wolf season is November 15th through December 31st, 2013, although the season may close earlier if the target harvest for a wolf management unit is reached. Hunters are responsible for verifying the status of each wolf management unit they plan to hunt before they head out. For more information on regulations and maps of the wolf management zones please visit the Michigan DNR website.