Minnesota Wolf Hunting has been suspended. The gray wolf population within the state has been placed back under federal protection. 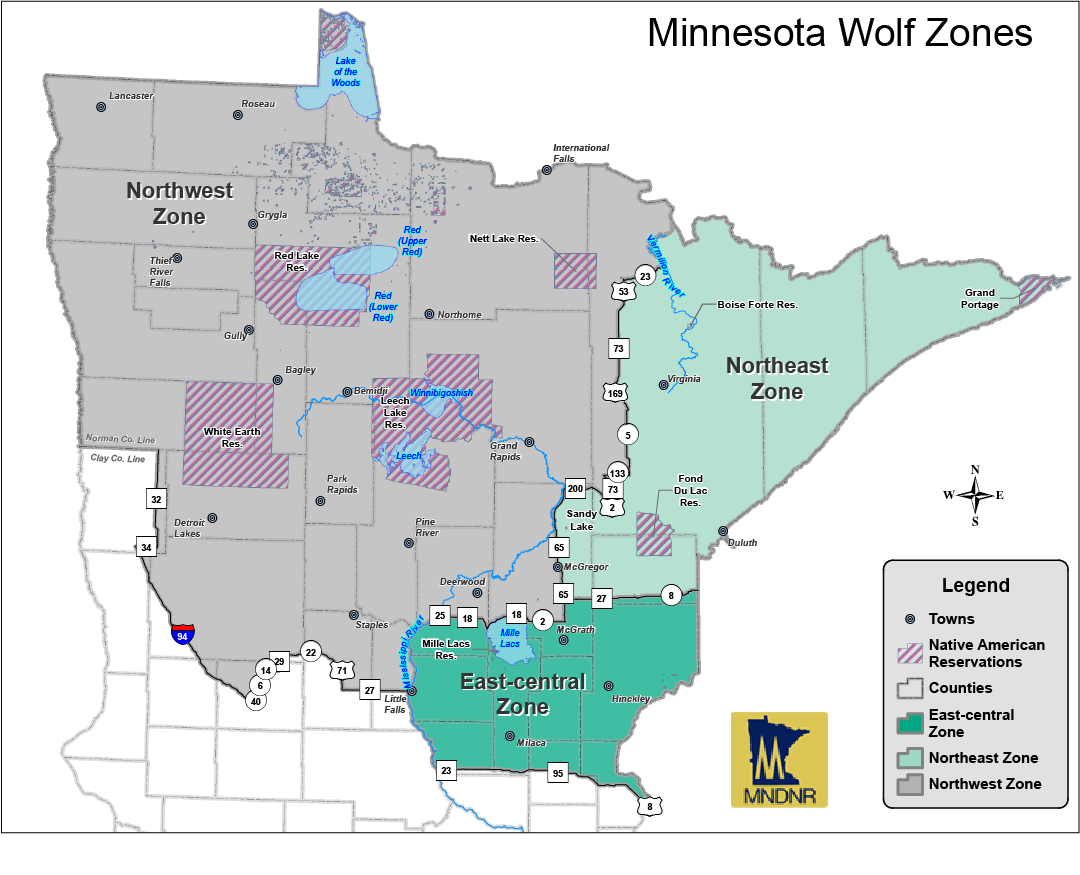 Hunters are required to check season status each morning before hunting via:

Hunters must register all wolves by 10 p.m. the day of harvest. Registration can be completed at: