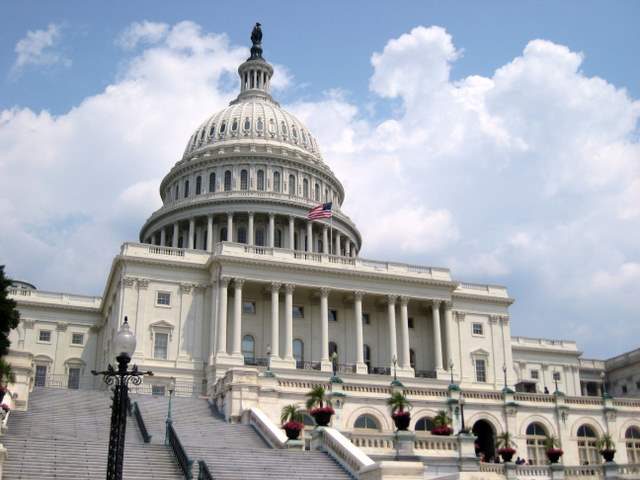 BOISE --Federal officials say they will take more than 1,300 gray wolves in the Northern Rockies off the endangered species list and Idahoans will soon be able to legally hunt them again.

Congressional intervention this week put an end to a legal debate that has been going on for years.

It was Idaho Congressman Mike Simpson who added language to the federal budget bill that removed gray wolves from federal protection.

"Idaho has done the right thing,” said Simpson. “We have a sustainable wolf population far in excess of numbers that were necessary to meet the recovery goals. So, if the Endangered Species Act is going to work you have to delist a species once it’s recovered. There are people who think it ought be on the endangered species list forever.”

This is not the outcome that wildlife advocates wanted but one group promises to look forward.

"We'll be continuing to work on the ground with the ranching community to help them with ways to co-exist with wolves, and we'll be pledging our support to the states if they're adhering to professional wildlife management approaches to wolves, and if they don't then we'll be sounding an alarm," said Suzanne Stone, the Idaho spokeswoman for Defenders of Wildlife.

The wolf delisting is a victory for Gov. Butch Otter, who has argued Idaho in the past has successfully controlled the wolf population.

For years, the wolf hunt has been propped up as an example of federal control versus state rights.

The U.S. Fish and Wildlife Service decided to delist wolves, but the move was challenged by wildlife advocates who found a federal judge to rule in their favor last year.

The federal law passed this week makes it official that wolves can be hunted in Idaho.

The governor's office and state Fish and Game commissioners soon plan to discuss how they will manage wolves.

His language delisted wolves in Idaho and Montana. It also prevents wolves from being on the endangered species list in Utah, Oregon and Washington.